Volunteer Opportunities and Board Positions

We list volunteer opportunities and open board positions in the Kansas City region. Browse the list to find nonprofit organizations in need of individual and group volunteers, as well as skilled board members.

If you are a new user, please email info@npconnect.org to receive login credentials.

Pricing Structure
Nonprofit and Business members can post volunteer opportunities and board positions for free.

Individual members and nonmembers can submit their opportunities for $25 per week.

*If you are posting an open board position, make sure to select Board of Directors as your Category. Consider using our board position description template to make sure you provide the right information.

Offer Valid: 12/04/2019 - 02/29/2020
KC-Based Endangered Species Nonprofit Seeks Board Members
American Wolf Foundation was founded in 2018 to provide support for endangered wolf conservation, awareness and coexistence initiatives, with a special focus on the critically-endangered American red wolf (C. rufus), once native to Missouri. AWF is structured with a Board of Directors to manage the organization and an Advisory Board to provide input on science and policy. On Giving Tuesday 2019, American Wolf Foundation launched a bold new campaign to raise $150,000 to help build at least 30 new enclosures for red wolves in captivity to double the captive population, a critical step USFWS says is necessary to ensure the continued existence of the species, and a future reintroduction of a new wild population.

AWF is seeking Board members that are passionate, hands-on, and willing to put in the time to build this incredible organization into a nationwide nonprofit dedicated to endangered wolf conservation, supporting the many facilities involved in captive breeding of American red wolves and Mexican gray wolves. We are interested in Board members of all stripes, and particularly interested in increasing the diversity of our Board. However, our most urgent need is more Board members with grantwriting, financial planning, and donor solicitation skills, and the follow-through to take on those activities personally. 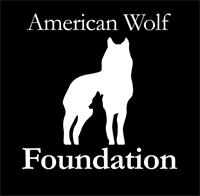 This Volunteer Opportunity is promoted by Nonprofit Connect.