Read insights from local and national leaders on topics important to the nonprofit community.

Submit a Guest Blog at the button below.

The Misunderstood Social Construct That “Does Good” 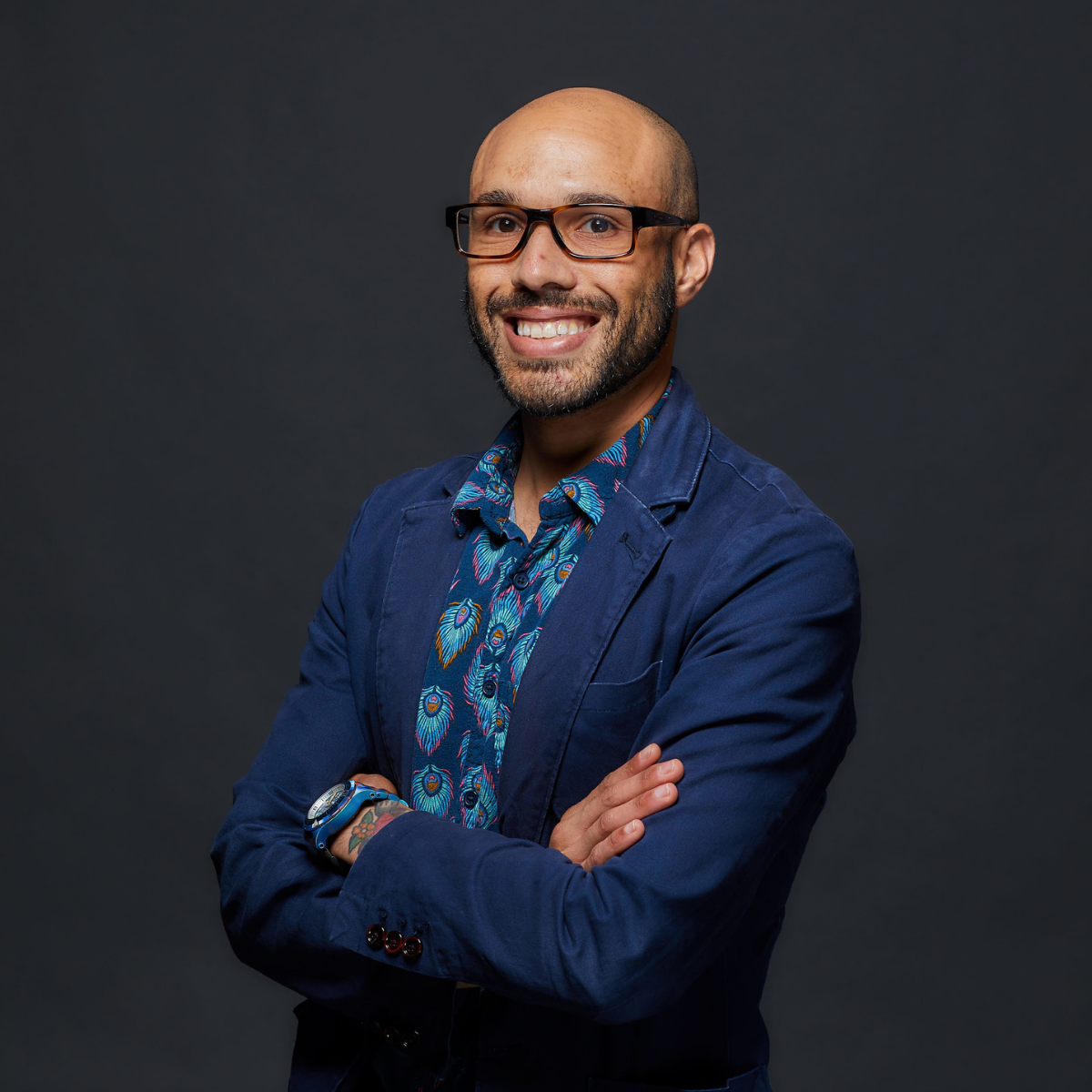 We're bringing Jerome Tennille, of the Corporate Social Responsibility team of Marriott International, to speak with Kansas City on February 17 to share how to incorporate diversity, equity, and inclusion practices to create a more welcoming, engaging environment for all types of volunteers. Learn more and save your seat.

The Misunderstood Social Construct That “Does Good”
MLK Day of Service was just a few weeks ago. Yet, I’m only reminded the act of volunteering is simply a social construct as the expectations to volunteer grows louder within many social spheres. And while volunteering for the community is often acknowledged or lauded as doing good, I can’t help to wonder whether we sometimes lose sight of what we should be focused on. Here’s what I mean. It’s on these days designated as days of service (or holidays celebrating a historically significant life, a person’s legacy or religious tradition) we expect there be something to volunteer for. And of course, there are many critical issues to solve. But we must proceed with caution. Why? Because sometimes our desire to give can ignore the true needs of society and the environment. Our individual or collective desire to do something sometimes ignores the critical issues in the community, and it’s on these days of service we can (and often do) push non-profits beyond their ability to serve.

Sure, individually it may not be a big deal, however, collectively it adds up. Remember, on these days of service millions of people line up to give back.

Fixing this isn’t easy, and I suspect many don’t want to fix this. Some may not believe this to be a problem to begin with. I’ll even go out on a limb and suggest this may be in part because to them volunteering is by default virtuous… morally good… and very much in line with their values culturally, religiously and socially. But we must remember volunteering is a social construct. It’s not universally valued; it’s taught. And while giving back to others is a good thing, it can unintentionally cause harm to others, silently undermine the very issues we’re seeking to solve, perpetuate injustices and force cultural norms onto others. It can be fixed though. But first we must decouple community service from holidays and societally prescribed dates in history, then position volunteering as something to do based on need year-round and think about our place in solving an issue and whether that conflicts with our (or others) expectations.


The road to hell is lined with good intentions.
When I do a search on Google on the subject of volunteering after the holidays I surprisingly (but not that surprising) find more articles about how to volunteer during Thanksgiving and Christmas. But every now and then I’ll come across a much more intelligently written and educated piece on why volunteers are needed more so after the holiday season.

Contrary to our societal behaviors, non-profits usually need volunteers during every other period of the year. And for good reason. Their services don’t start and end at our mere convenience. They exist year-round. We’re especially wired as a western nation to give back during the “season of giving” and significant dates of the year. For those of us in America they also include days like MLK Day of Service and September 11th National Day of Service and Remembrance (also known as Patriot Day).

That’s not to say non-profit organizations don’t need volunteers during the holiday and other significant dates commemorating service, but they certainly don’t need the volume they often have to turn away. You see, the need for volunteers is a double-edged sword. During these periods of time the number of people inquiring to serve as volunteers reach such high volumes that it can actually just overwhelm the organization’s staff. The other part of the equation is this. Many non-profits simply don’t have enough work to go around during a single day for as many people who want to volunteer.

In the instance for those in the American food bank system such as food pantries, meal delivery services and homeless shelters, they may serve three meals a day for 364 days a year. It’s often many of these types of non-profits that experience their highest number of engagements through the holidays for the very reasons mentioned. But what after that? Most people don’t think about this, but there’s generally a slump after the holiday season “party” is over. Many of these same organizations which experienced such a high volume of interest then struggle to find willing volunteers come February. That drought may last until May or June until school is on recess for the summer, opening more free would-be volunteers seeking opportunities to spend their time doing good.

This is the story for hundreds of thousands of non-profits, even those not within the American food bank system. Who’s at fault? Well, often the individual volunteers and the large entities that promote volunteering who prescribe to this social construct.


Perpetuating the harm we’re working to solve.
In recent months (since the death of George Floyd in 2020) I’ve been focused on training and educating other volunteer engagement professionals about the consequences of creating unequitable mechanisms that engage volunteers. I happen to believe that while Diversity, Equity and Inclusion (DEI) has been a topic within the Human Resource (HR) circles for years, it never really creeped up as a topic within the realm of volunteer engagement. Truthfully, I’ve always found that quite curious. Why you ask? Because In the nearly ten years as a social impact professional whose job it is to engage volunteers in both the non-profit sector and in Corporate Social Responsibility (CSR) I tend to believe I’ve engaged more human capital than my HR counterparts.

Let’s do the math. I reached more people in a week than our HR Director was responsible for through the course of a full year. The difference is that those I engaged weren’t on payroll.
So, to me, DEI has always been important for social impact professionals like myself. Now, of course it’s more front and center and rightfully so. There’s no time better than the present when others are willing to have this conversation. I’ve always been told to take advantage of a good crisis, and right now we have a racial crisis in America (and globally if I’m being honest).

If we acknowledge the act of volunteering as a social construct, we also must address the unintended harm that these mechanisms are doing in the communities we serve and perhaps those we’re engaging (or seeking to engage in service). There have been many good intentions that have caused great harm, marginalized many while also continuing the cycle. As western nations continue becoming more and more diverse in ethnic, racial, cultural, religious and societal ideals, we must ask if our western approach and understanding of volunteerism (much of which is rooted in 1700’s Anglo culture and belief systems) only pushes a value system not universally understood or embraced by all communities.

We also must ask harder questions about the inclusivity of these very programs. If we’re to fully live and embrace the idea of becoming multi-cultural as a society, we must grapple with (and accept) the fact that not all cultures and communities volunteer or believe it’s virtuous. We must also acknowledge that (if not done thoughtfully) our very actions could simply be creating more exclusive mechanisms not accessible by those with less social, economic and human capital. To me, this is a problem considering I firmly believe volunteering and civic duty is one of the strongest forms of exercising our democracy as people. The issue here is that it’s simply not accessible by those who are the most harmed in society.

The road ahead can be more positive.
If you’ve read this far then you may be a bit disturbed about what I wrote, you may strongly disagree or may be slightly angry… the selfish part of me hopes you agree with some of what I wrote.

But, because you’ve read this far, I’ll presume it’s the latter. Something in you at least slightly agrees that volunteering as an act is fundamentally misunderstood (or just understood through a narrow lens) by the greater part of society and even many volunteer engagement professionals, that as a social construct it can perpetuate harm when executed poorly, it can sometimes force cultural and societal values on different communities and isn’t universally valued globally. If you believe that then there’s hope that we can rethink our strategies and change our approach. To me it’s vital we do so, because too many in our profession are simply going through the motions as bots, performing our jobs in the way others in society expect, even when we feel or know we’re not making progress.

Yes, it will even take social impact and volunteer engagement professionals in all sectors to reeducate themselves, seek constant professional development and educating their leadership. It will even take the persistent education of others… our leadership and peers who manage large institutes that may be pushing the expectations that perpetuate harmful cycles.

Yes, this means we’ll have to restructure our communication, the language used, resources and assets we create and even push back when we feel the days of service and holiday season of given isn’t a good fit.

And finally, this means you’ll probably need to grow a stronger backbone, become better versed in our field and start challenging the status quo. Because that’s where we’re currently at, the status quo, and it’s not working. It’s not working for us, the diverse volunteers we want to engage but aren’t, and the communities we’re seeking to solve critical issues with.

See you then!
Jerome Tennille